A Village Changing for the Better

Homepage A Village Changing for the Better

A Village Changing for the Better

15 years ago, Gloria was diagnosed with HIV – a verdict that seemed to threaten a life of stigmatization, isolation, and constant struggle. Her husband had been unknowingly infected by a woman he dated and was distraught, to the point of suicidal intentions, after learning that he had passed on the virus. With two children already and no means to support herself, Gloria learned about GWED-G’s economic livelihood program for HIV+ mothers from a Village Health Team that visited her community and quickly asked to enroll.

Gloria now has four children, all healthy; thanks to the mama kits she received from GWED-G, the two who were born after her diagnosis entered the world HIV negative. She says that joining GWED-G’s livelihood program has dramatically improved her life. Last year she received a goat from the program as well as various vegetable and bean seeds; with the seeds she has been able to grow enough to consistently feed her family.

Gloria says that being in the program has generally made her much happier, that sometimes she feels as though she is “burning with joy.” Consistently taking her anti-retroviral medication, she lives normally, interacts freely with everyone, and sometimes even forgets that she is sick. This year, Gloria is expecting a good harvest and plans to plant in a larger field in the year to come. She hopes that if GWED-G can increase the number of seeds that her family receives, they will be able to grow enough beans to sell some as well as feed themselves.

Gloria still faces challenges; her illness sometimes saps all of her strength, making it hard to work in the field or go to community gatherings. But she uses her 15 years of experience with HIV to counsel others. She guides members of her community through the process of getting tested. She encourages those who have HIV to seek treatment and continue hoping for a better future and working towards a healthy life. She even told us a story of a woman who was very sick but who lived in constant denial of the nature of her illness. Gloria persuaded her to get tested for HIV, and after confirming that she was HIV+, helped her connect with healthcare resources. Today, the woman is much stronger and much healthier. She lives with her family, farms, and leads a very normal life. 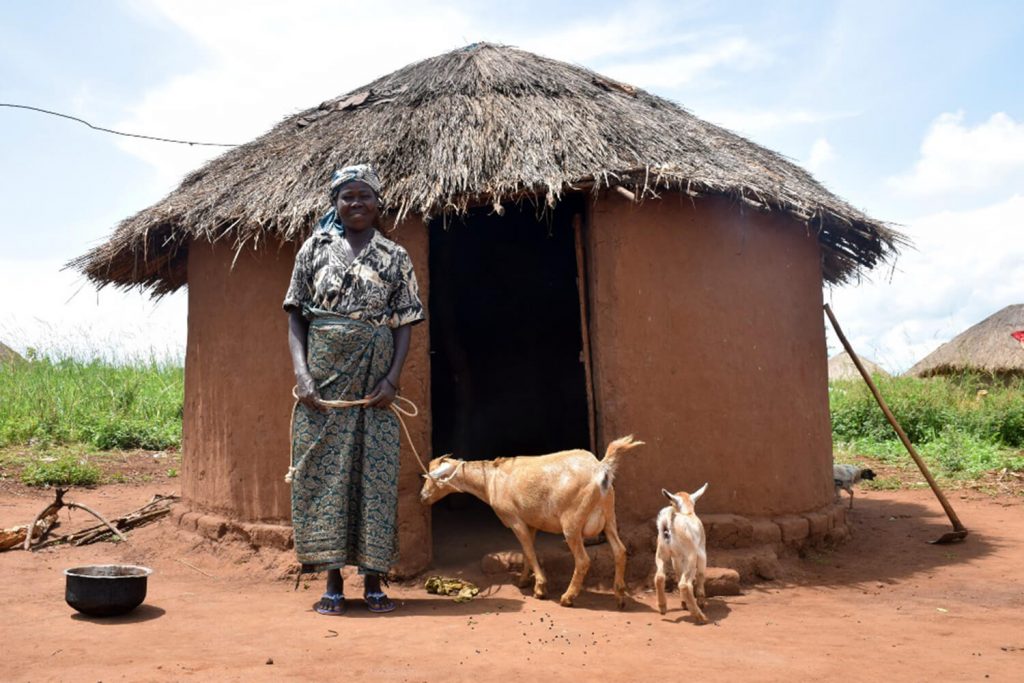 The alarming number of HIV+ people in Gloria’s community has brought an ancillary upside; because there are so many HIV+ people in her community, the stigma associated with the illness has decreased, allowing for increased discussion and education. Shared challenges also create feelings of solidarity; three of Gloria’s husband’s four wives tested positive for HIV, and after discovering that their husband had infected all of them, the wives decided to support each other, helping with planting and feeding others’ children when one of them might be too ill to fulfill her own responsibilities.

Gloria’s village is changing for the better, and she is optimistic about the future. With increased discussion and education comes better disease prevention. And with the support of GWED-G’s health and livelihood programs comes the promise of continued growth, increased quality of life, and lasting hope for Gloria and her community.