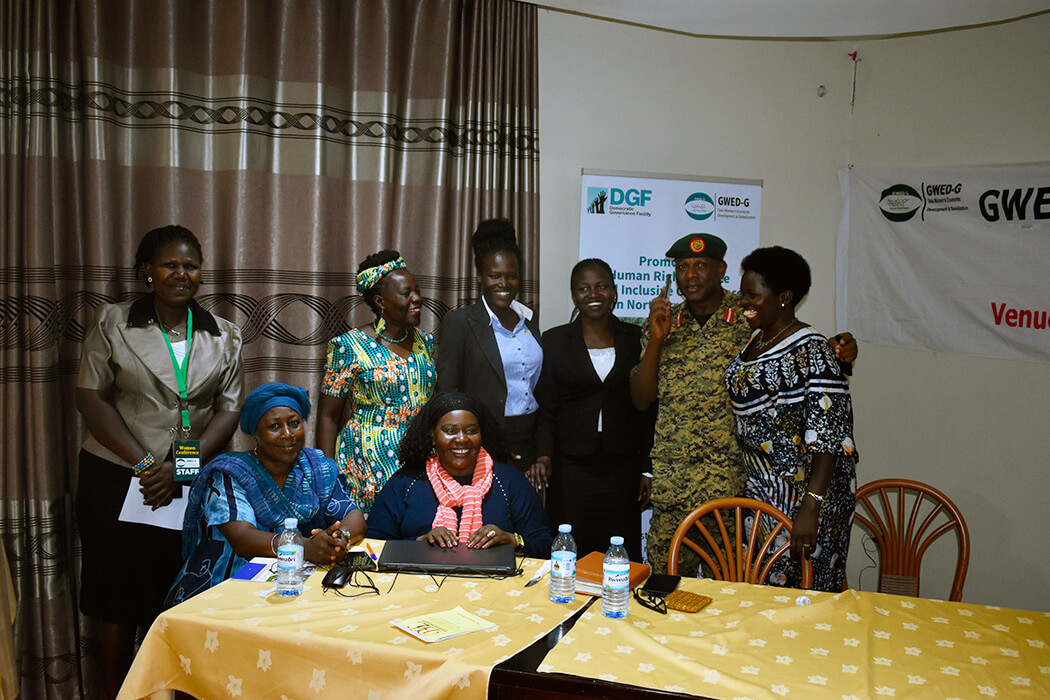 Control of land continues to represent a powerful representation of progress made towards achieving gender equality. While rigid patriarchal norms still dictate men having almost exclusive ownership of and control over land in the Acholi Sub-region, the lingering effects of displacement due to the LRA War further exacerbated women’s difficulties in claiming land.

Under customary tradition, when a husband dies, land is passed down patrilineally, in spite of widow’s rights. Widows are further marginalized if they choose to remarry someone outside the clan – she effectively loses her right to her former husband’s land. Human rights activist and guest speaker, Rosalba Oywa, stressed the need to develop inclusive governance structures and renewed unity between families and clan leadership. Compounding land conflicts more generally is the fact that, as  Harriet Alanya from FIDA Uganda points out that most political solutions have been insufficient in Uganda. Alanya motions toward evictions, arbitrary land dispossession, and unlawful acquisition by investors, in conjunction with land disputes at households, pose complex challenges to women’s land rights.

Taking ownership of land is an important human rights issue, and one means of unlocking women’s access to and control over land is by increasing women’s leadership and political representation. Due to these prohibitive gender norms, women also lag behind men in terms of assuming leadership positions at all levels of decision making, from the home to high office. GWED-G Executive Director, Pamela Angwech, noted, however, the progress made by women in terms of government representation, especially the significant presence of women in judiciary positions. Women continue to be poorly represented in the public and economic sector. 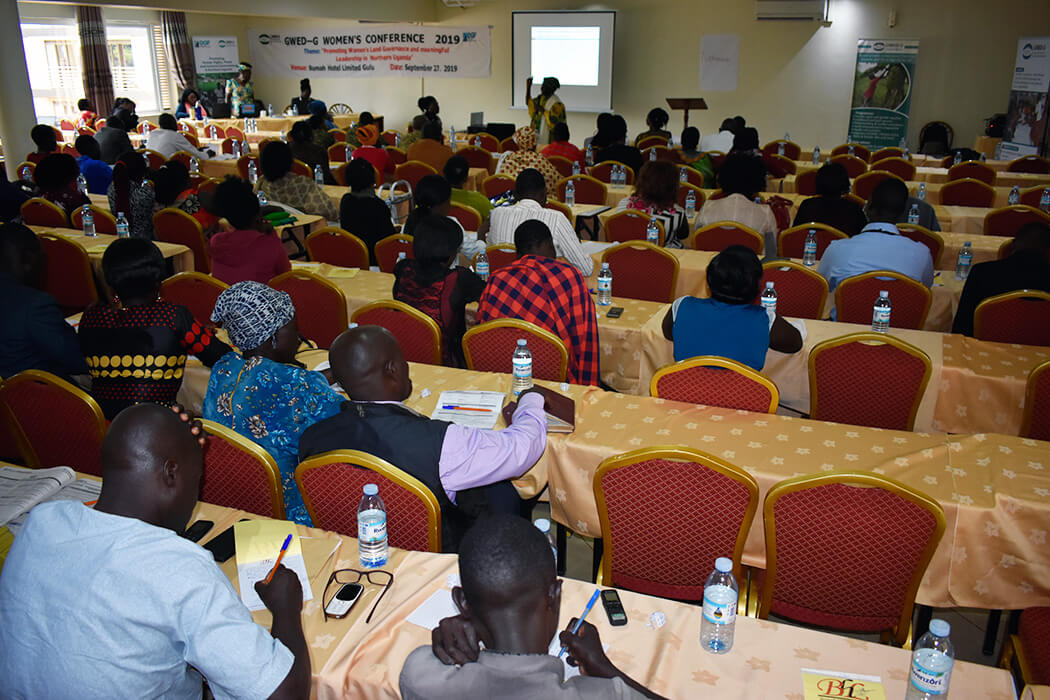 This conference was held on September 27, 2019 at Bomah Hotel and supported by Democratic Governance Facility.