Staying Positive in the Face of HIV

Homepage Staying Positive in the Face of HIV

Staying Positive in the Face of HIV

Margaret has five children and is currently pregnant with her sixth. Thankfully, all her children have tested negative for HIV—along with Margaret herself. Although Margaret is HIV negative, her husband has tested positive. Despite knowing the dangers of potentially contracting HIV, Margaret remains in her discordant relationship with her husband. However, Margaret takes immense care in monitoring her HIV status and general health; she comes to the hospital every three months, accompanied by her husband, to get tested for HIV. However, this remains an ongoing challenge for Margaret since her family lives a fair distance away from the nearest hospital.

Margaret first learned about GWED-G from another enrollee named Sandra. Sandra joined GWED-G’s program in December when she tested positive for HIV. Since her diagnosis, Sandra has assumed an active role in her community by helping counsel women and referring them to GWED-G. Margaret was extremely impressed with Sandra’s incessant enthusiasm and how informed Sandra was regarding GWED-G’s support to mothers—including seeds, mama kits, and counseling. 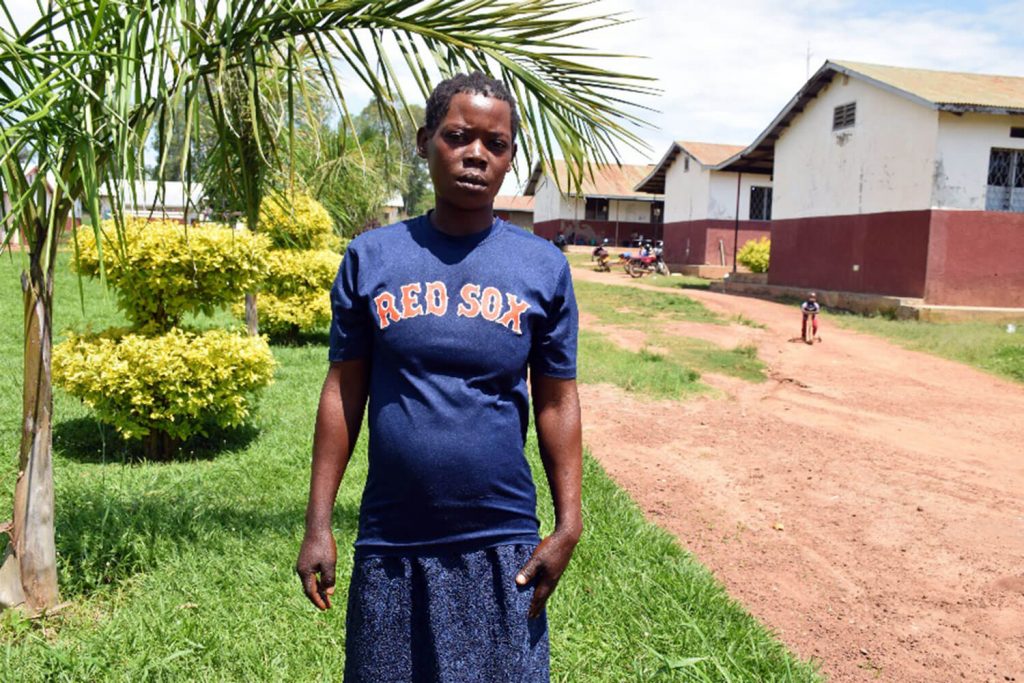 After discussing GWED-G’s program with Sandra, Margaret was convinced to immediately enroll. Margaret’s husband has three other women he is married to, and of Margaret’s three co-wives, two of them have also been diagnosed with HIV. Margaret’s husband and the two positive co-wives are all on antiretroviral therapy (ARV). Inspired by Sandra, Margaret wishes to discuss GWED-G’s outreach efforts with her co-wives so that they can receive the same support she has.

Even though Margaret is HIV negative, GWED-G continues to assist her under its maternal health program for HIV positive mothers. This is because GWED-G recognizes that Margaret’s discordant relationship leaves her vulnerable to contracting HIV and transmitting it to her unborn child. Therefore, GWED-G still offers her livelihood assistance, such as seeds to improve her crop yields and a mama kit for her current pregnancy. Additionally, Margaret benefits vastly from GWED-G’s community sensitization efforts, which allows her to be updated on health-related information regarding HIV prevention and management.

Although her conditions may not be ideal, Margaret maintains a positive outlook on her and her family’s future. Presently, all of Margaret’s five children are in school. Although finances remain an ongoing challenge, Margaret prays that all her children will have an opportunity to attend University someday. Margaret’s husband continues to support her by sustaining an active role in his children’s lives and allocating her 5,000 shillings per week. Although the allowance is not much, Margaret appreciates his efforts and is grateful for her husband’s love and dedication to the family. Overall, Margaret is satisfied with the aid she has received from GWED-G thus far and is optimistic about her family’s future under its program.